We have several pages devoted to music at St Mary’s, or you can read a general introduction below:

St Mary’s Choir has a long tradition of providing first rate music for the services. Indeed, St Mary’s is one of the few remaining choirs in England still to sing Choral Mattins regularly as well as the more usual services of Eucharist and Evensong. Over the years, the choir has paid regular visits to Chichester Cathedral to sing the services there as well as many other cathedrals (Canterbury, Guildford, Wells, Liverpool, Portsmouth, Winchester, St. Albans, etc. plus St. George’s Chapel, Windsor). In 2020 they are due to sing the weekend services at Wells Cathedral over Epiphany, Worcester at the end of May, and St Albans at the end of August. Their 2021 engagements include singing at Exeter and Chichester. Andrew Millington, then of Guildford Cathedral, composed his ‘Missa alme pater‘ to commission for Ewell’s 150th anniversary celebrations for the current church building. The repertoire covers most corners of the Anglican choral tradition, as well as a fine range of European sacred music, and expands as the choir progresses. We are always delighted to hear from anyone who would like to join our happy team. For further information please contact either the Director of Music, Jonathan Holmes, or the Choir Administrator, David Crick.

St Mary’s boasts an illustrious list of past directors. Historically, both William Tans’ur (18th century) and Sir William Harris (1883-1973) were directors of the choir here. Recent times have also seen great talent behind the conductor’s stand. Since holding the post of Director of Music at the church, Graeme Jenkins has gone on to be a guest conductor at Glyndebourne Festival Opera and the BBC Symphony Orchestra. He is currently one of the conductors at the Vienna State Opera and the Music Director Emeritus of Dallas Opera and was Principal Guest Conductor of Cologne Opera from 1997 to 2002. Philip Matthias, is the is the past Director of Music at Newcastle Cathedral, New South Wales and was Head of Church Music at the city’s music Conservatorium whilst directing the Newcastle University Chamber Choir. He was appointed Director of Music at St Patrick’s Cathedral, Melbourne in 2020.  Philip was a regular recitalist here in England, whose venues have included King’s College, Cambridge and St Paul’s Cathedral, London. Mark Dancer is currently the Director of Music at both Petersfield Parish Church and the Petersfield Choral Society. Richard Jenkinson directs the Meridian Voices, the Kent Chorus and the East Grinstead Choral Society. He is also currently the Director of Music at Holy Trinity, Cuckfield. As a recitalist, he has appeared in King’s College, Cambridge, as well as Truro, Arundel and Southwark Cathedrals. Julie Ainscough, came from being Organist & Director of Music at Christ Church, West Wimbledon and is a well-known local professional musician. Jonathan Holmes is former Director of Music at Emanuel School, Clapham and a well-known recitalist. As well as being our Director of Music, he is organist of Epsom College and accompanist at Ewell Castle School. The current and recent past directors are Fellows of the Royal College of Organists. 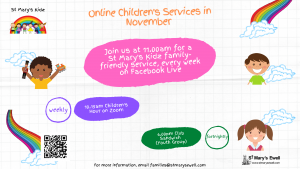